Life is notorious for all of its unexpected twists and turns. We plan out the path we want to follow and suddenly we find ourselves forced to deviate. Sarah Cummins is a woman who understands just how surprising life can be. 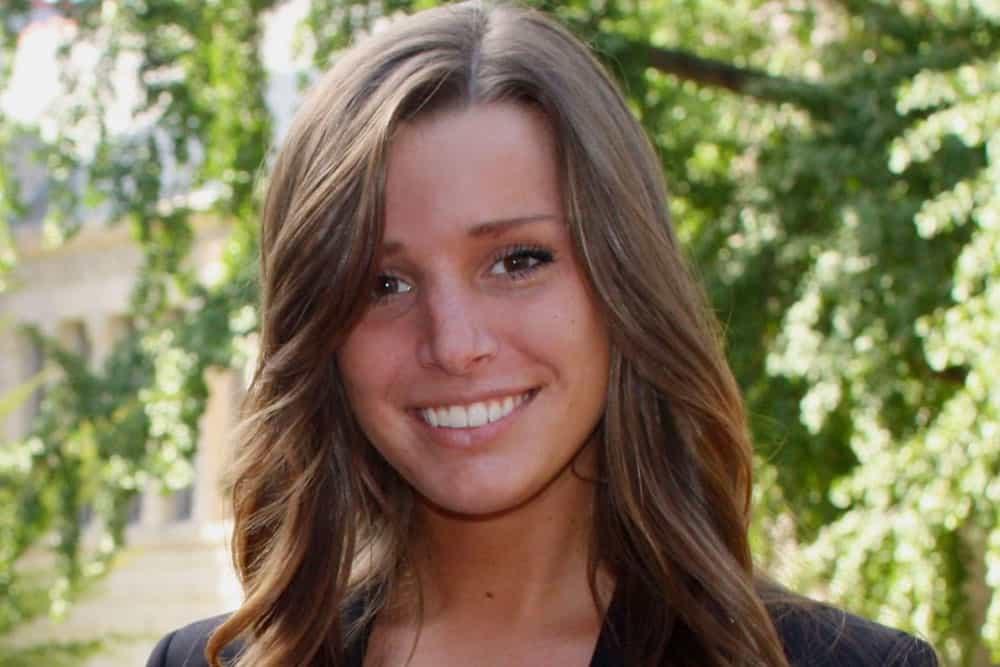 Cummins had an engagement ring, a wedding date, and a down payment. She was set to put on a white gown and tie the knot in front of her friends and family.

However, Sarah had a sudden change of mind. She and her ex-fiance. Logan Araujo decided to call off the wedding a week before it was scheduled to take place.

Anyone who’s ever planned a big event knows what a serious commitment it is to sign with a venue and catering service. With such little time between the cancellation and the wedding date, Sarah and Logan Araujo were left with a non-refundable $30,000 bill. Rather than throwing all the food away, Sarah decided to make the best out of this unfortunate situation. 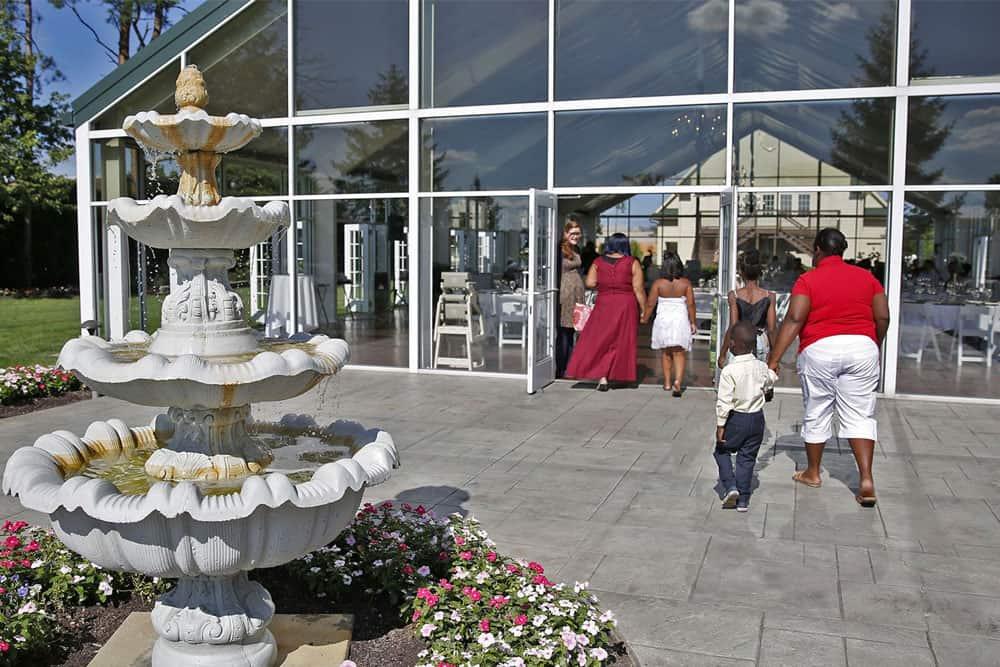 Sarah called off the wedding but did not cancel the party. If she could not enjoy the fabulous event she planned, then why not donate it. Logan split most of the bill with Cummins parents and a family friend of his. Sarah approached everyone involved with the bill and asked them if they wanted to donate the party, and host a dinner for homeless people in Indiana. All parties agreed and that’s exactly what went down.

A Gift to the Less Fortunate

Sarah organized a bus that would bring 170 people from homeless shelters to the Ritz Charles in Indiana. Amongst them were a handful of veterans who lived nearby. 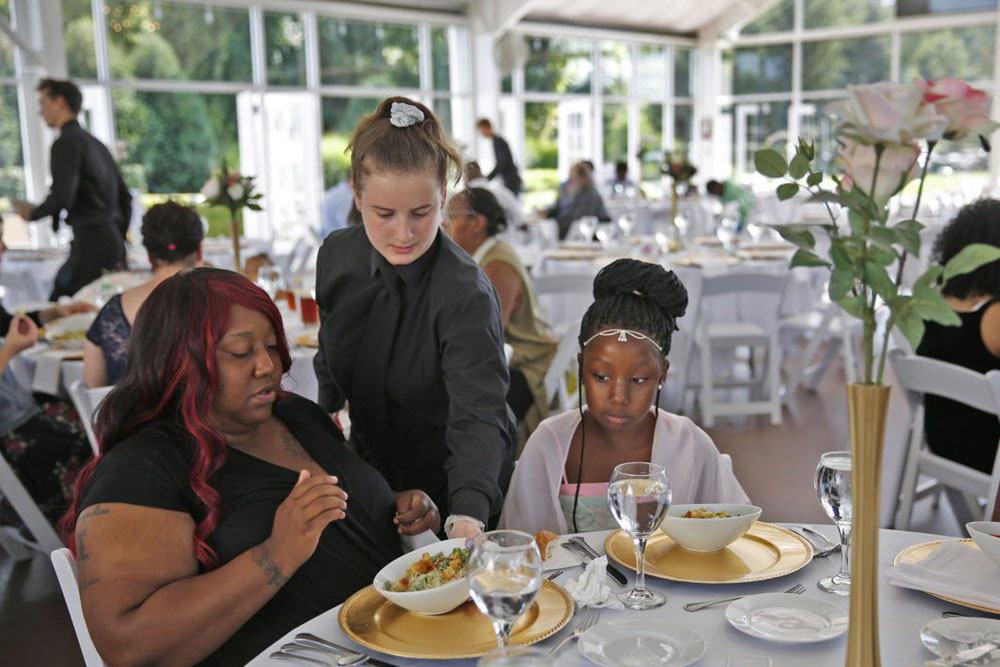 The Indiana born hero wanted to make this event even more special. Sarah wanted her guests to feel confident and beautiful, so she made sure they had the chance to do so. 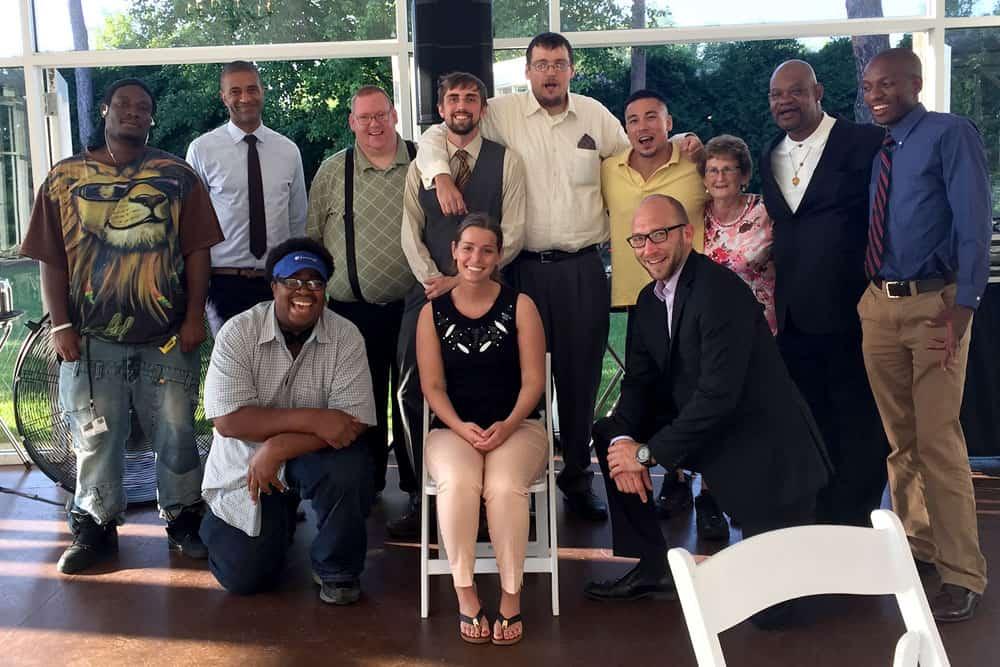 She called on local businesses and residents to donate old suits, dresses, and other formal attire. The community responded with such generosity and provided ample amounts of clothing for the dinner attendees.

Charlie Allen was a guest who spent three months at a homeless mission. He was ecstatic about the jacket he received. “I didn’t have a sports coat,” he said, “I think I look pretty nice in it.” This night was his special night. 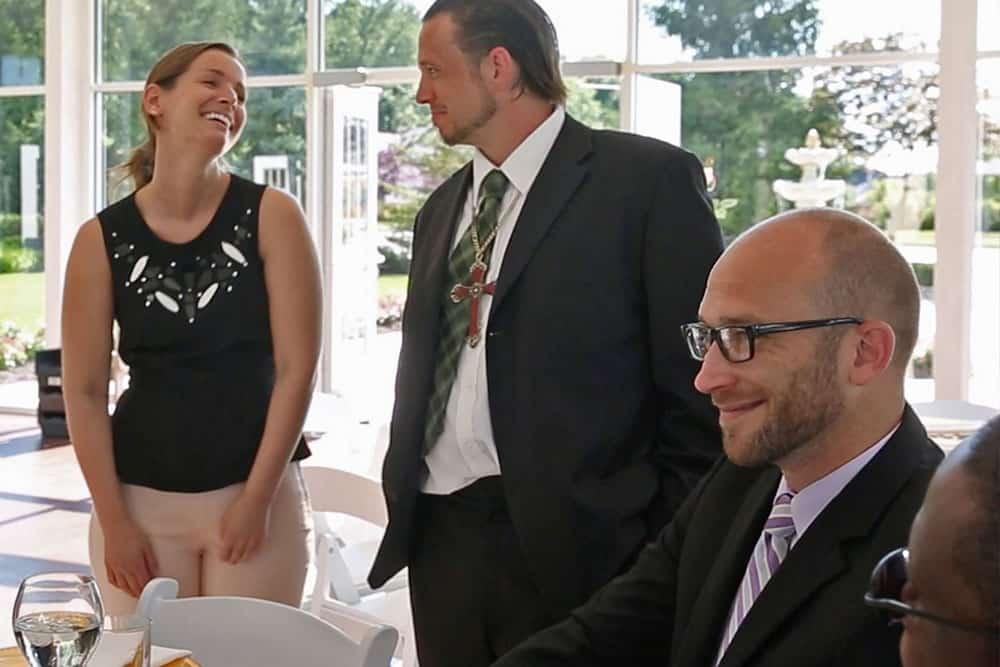 He continued to explain that the invitation and the event itself served as a form of motivation for him as well as the other guests. “For a lot of us, this is a good time to show us what we can have or to remind us what we had,” Allen told reporters. Among the guests were Sarah’s mother and three out of seven bridesmaids who came to support and help her host the charity event.