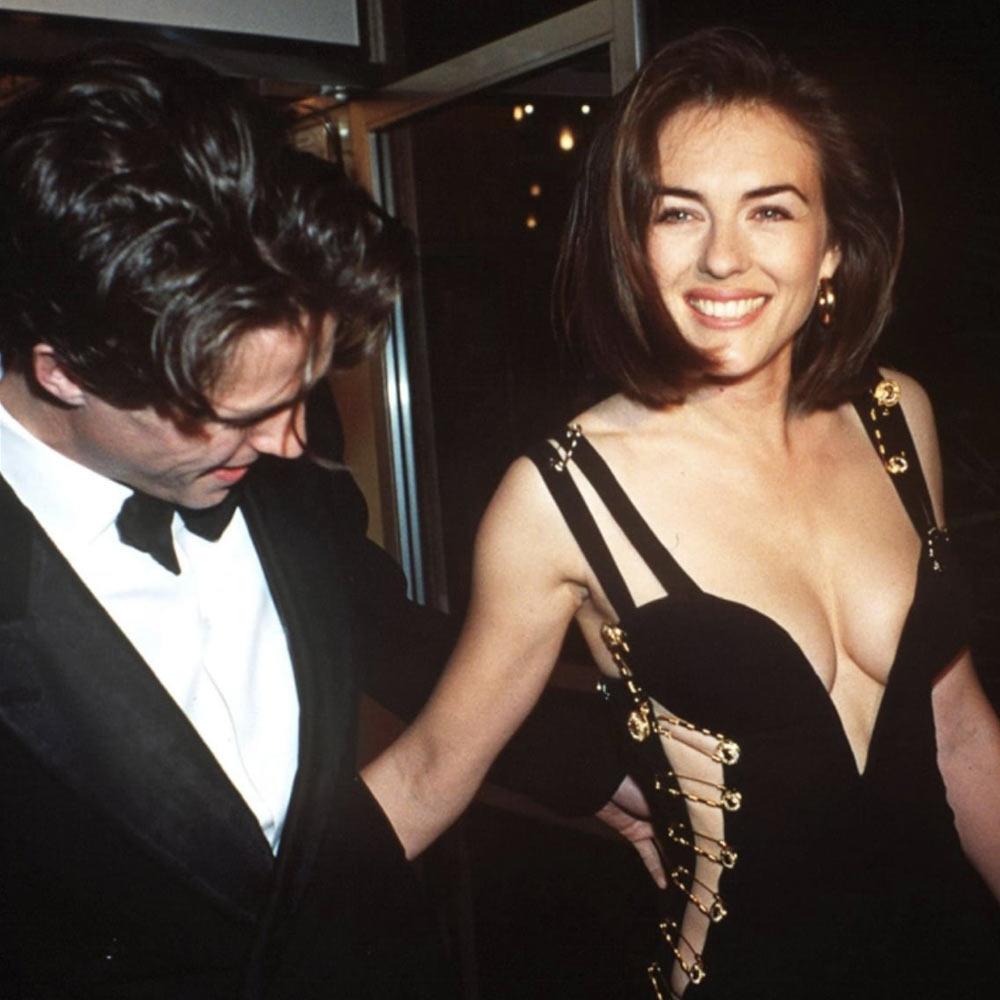 As Elizabeth made her way onto the red carpet for a movie premiere in 1994, she was a nobody. But as she walked arm-in-arm with her date – British heartthrob and all-around gentleman, Hugh Grant – people began to notice the 29-year-old wannabe actress. It was at that moment that the world was introduced to Elizabeth Hurley, and this night marked the beginning of her incredible career in Hollywood.

You’re probably familiar with Four Weddings and a Funeral, right? While English films very rarely make their mark on the international market, something about this movie has resonated with film lovers across the globe for decades. Of course, that’s largely due to the presence of Hugh Grant, but it seems as though many people were introduced to this movie thanks to the film premiere that made headlines across the globe. 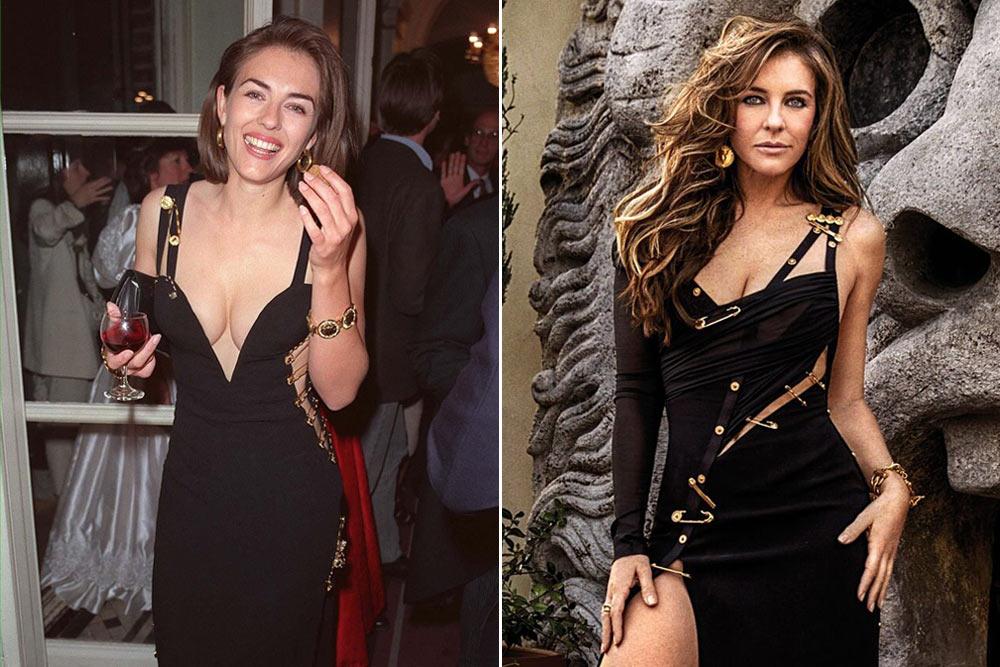 The premiere took place on May 13, 1994. And as the leading man, fans couldn’t wait to see whether Hugh Grant would bring his new girlfriend, budding actress and model Elizabeth Hurley, to the event. At the time, Hurley had worked in a string of small movies – but nobody quite knew who she was. For all intents and purposes, she was simply “Hugh Grant’s girlfriend,” rather than an actress in her own right.

But this all changed when Hurley and Hugh made their way along the red carpet. Instead of blending into the background and maintaining her status as the “girlfriend,” Elizabeth Hurley stood out from the crowd. For this event, she chose to wear a black Versace dress unlike anything we had ever seen before. It featured a thigh-high split and a plunging neckline, and it was held together with gold safety pins. She truly made an entrance, and switched up the rules when it came to modest female fashion on the red carpet. Elizabeth Hurley wanted to show off her figure, and this was new, exciting, and slightly uncomfortable for people to see. 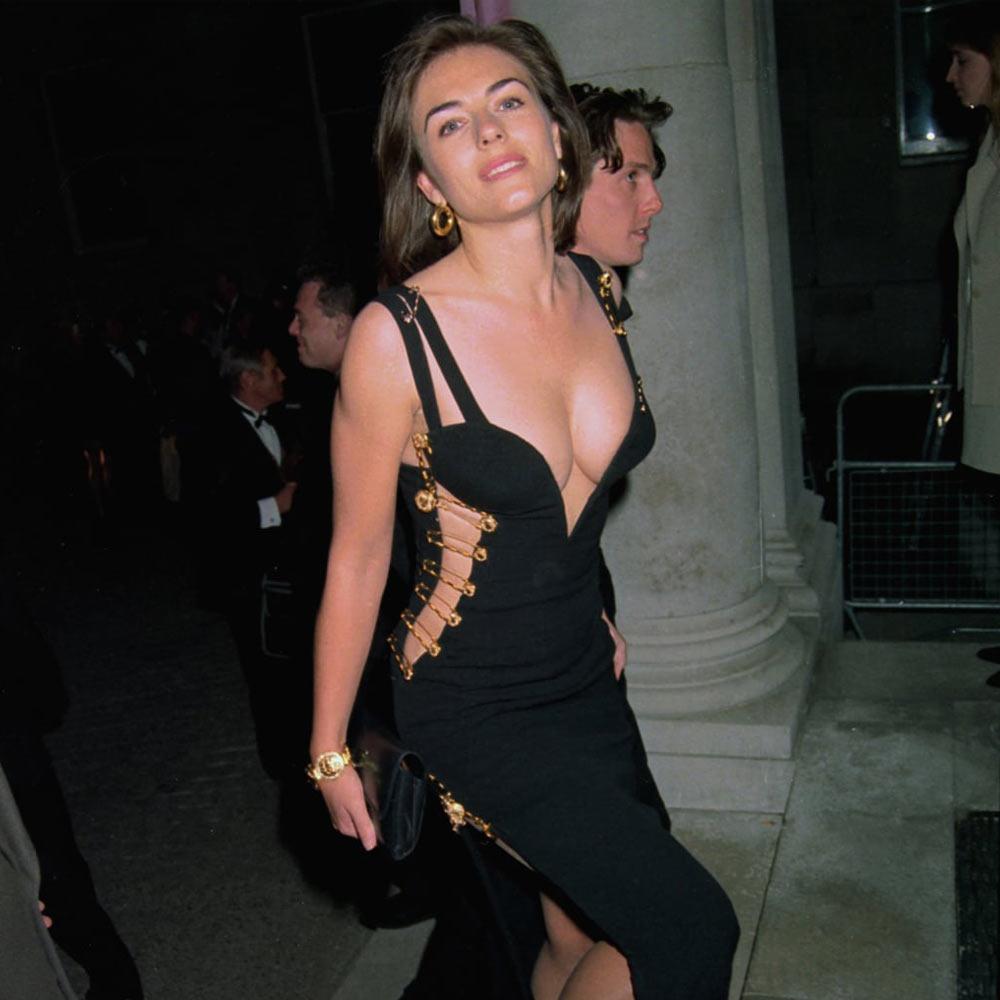 To this day, Elizabeth Hurley is remembered for this bold fashion choice. In fact, she recreated this look in 2019 for a photo shoot with Harper’s Bazaar and once again broke the internet for being as beautiful and as stunning as she was in 1994. But what’s so amazing about this dress is that Elizabeth not only broke Hollywood boundaries the night of the premiere, but she also broke through her own barriers as a struggling actress. Since then, Elizabeth has gone on to have a hugely successful acting and modeling career. And that dress is still considered one of her most shining moments of glory. It’s iconic, and will always remain iconic.