She’s famous for singing about seven rings — but now, Ariana Grande has now settled on only one. On a weekend in May, she wore couture and married luxury real estate agent Dalton Gomez. It was all hush-hush until it was too late. Sorry gentlemen: She’s officially off the market! 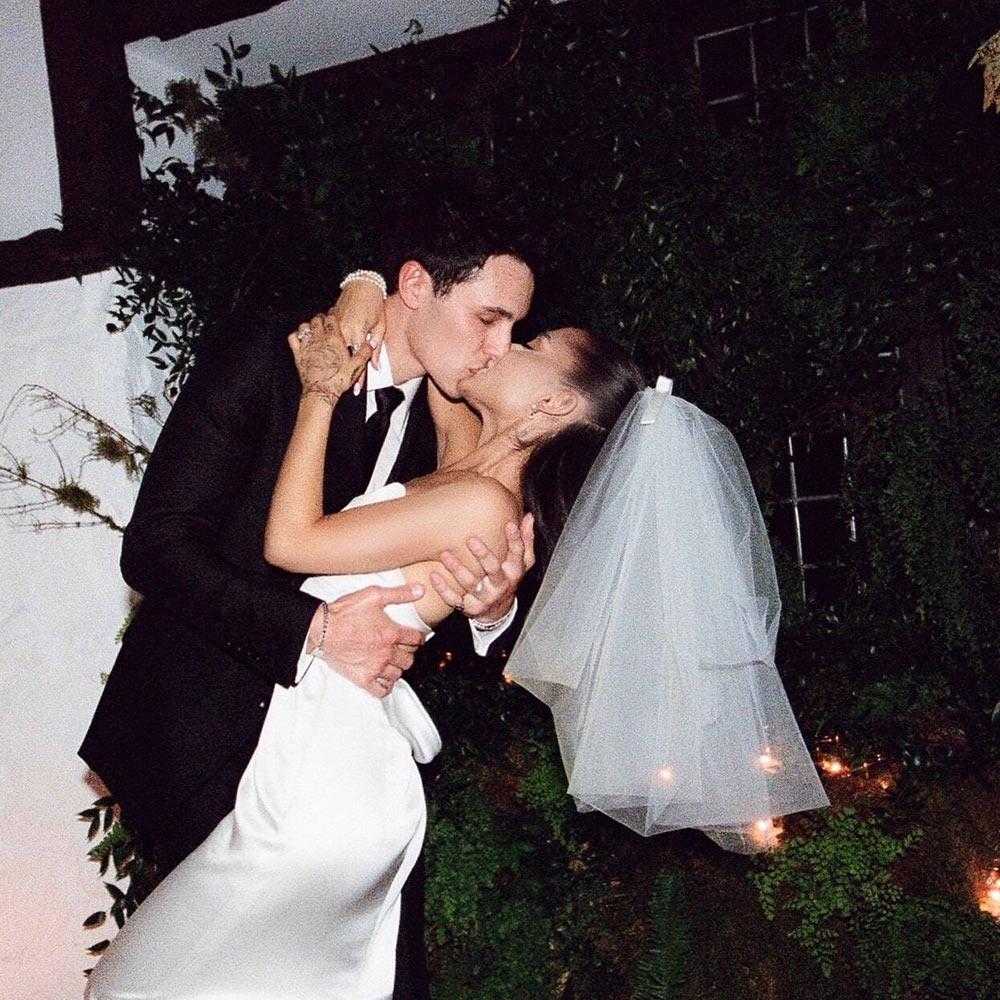 Just how did she meet this sudden man? According to a pal: “Ariana was looking for a home outside of Los Angeles to be her getaway house, and her team found Dalton to help. When she saw him, she immediately thought he was cute and very good-looking, and she asked her team to set up an in-person meeting with him.” Evidently, that meeting turned into a private ceremony at Ariana’s Montecito home. Let’s check out the frills!

For a gal famous for trendy nails and high ponytails, it was refreshing for guests to witness her in Vera Wang white. She wore silk charmeuse with a sculpted neckline and an empire waist. Accessories included a shoulder-length bubble veil with a bow on top and pearl and diamond earrings by Lorraine Schwartz. No other jeweler would do! 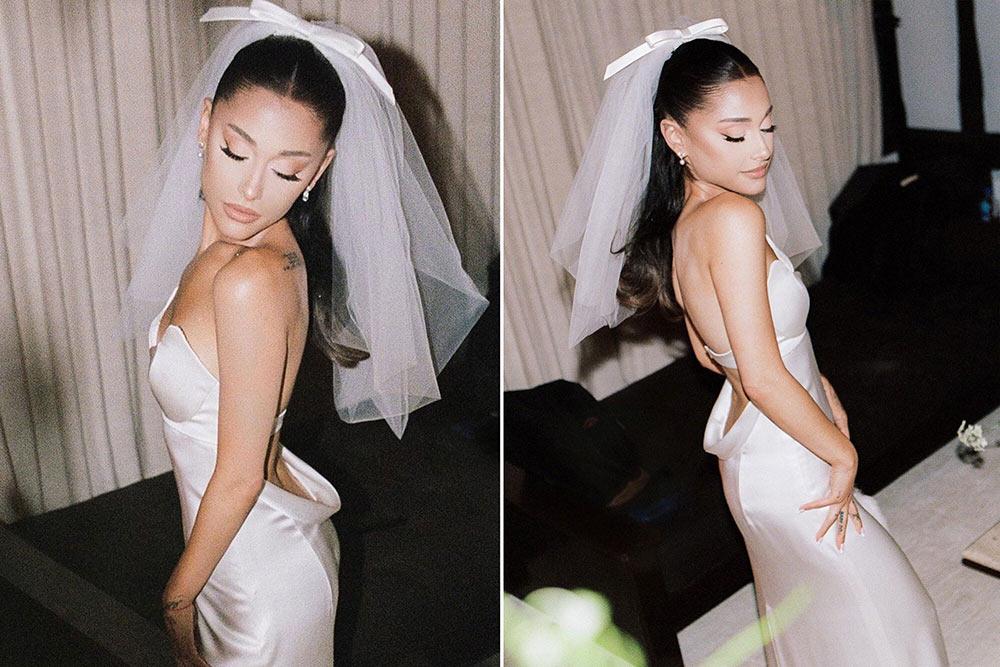 And her hair? Ariana went with half up, half down. To go with the look, she asked makeup artist Ash K. Holm to try something understated: Just winged liner, expertly sculpted brows, and a nude lip, this time. Au naturalle by popstar standards, witnesses called it exquisite.

The Exclusive Ceremony Was Ethereal

The ceremony itself was an intimate affair, which might surprise some fans. But this time, it wasn’t stadiums witnessing her bare her soul. A crowd would have been an ordinary evening! This time, Ari went with just 20 guests. 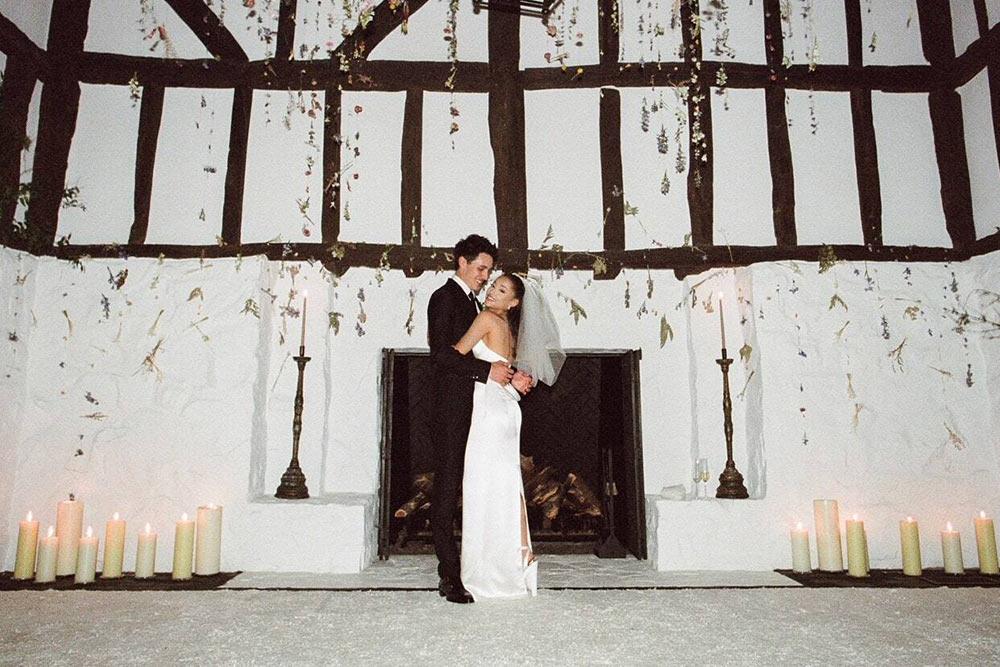 Dalton wore Tom Ford suit while he waited for his bride to walk down the aisle. Without tripping, she made it to the altar in Giuseppe Zanotti platform heels. They said their vows under flowers dripping from the ceiling. In a room aglow with candlelight, the couple joined for eternity. Ari is no longer a dangerous woman — she’s a dangerous wifey!

Toasting The Good Life Well Into the Night

After the big I do’s, the magic continued. For the wedding meal, gardens were visible outside at Ari’s histioric Montecito mansion. On the table, white and purple floral arrangements adorned white tablecloths. The scene was elegant, without a doubt. 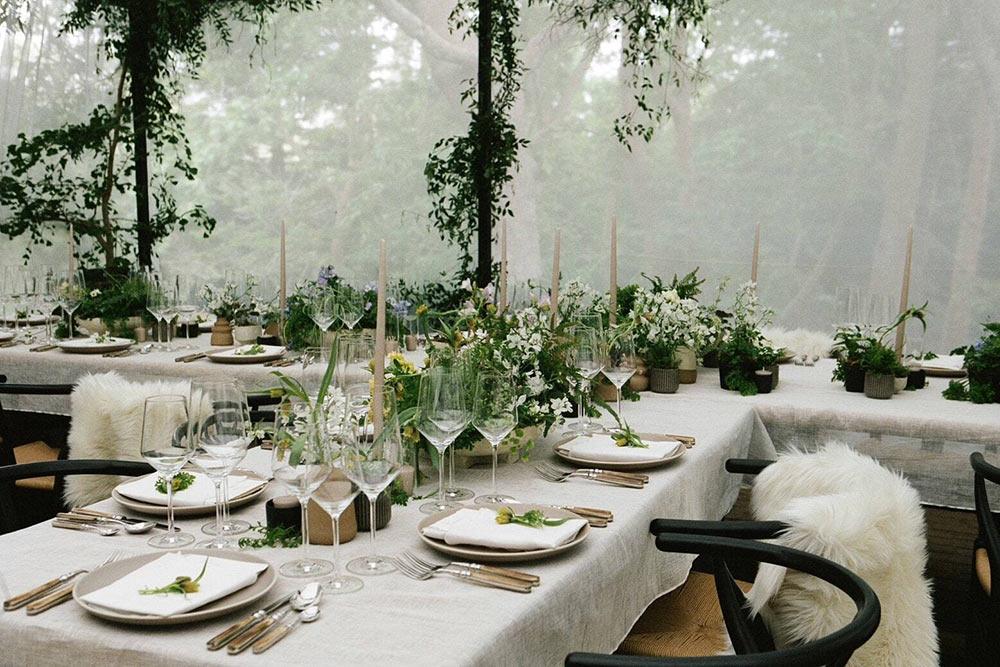 Family members from each side made short speeches and gave toasts in honor of the newlyweds. It was an emotional day, for everyone. The entire wedding event has started in the afternoon, but went into the night. Congrats, Mrs. Gomez. Yes, she is legally changing her name!