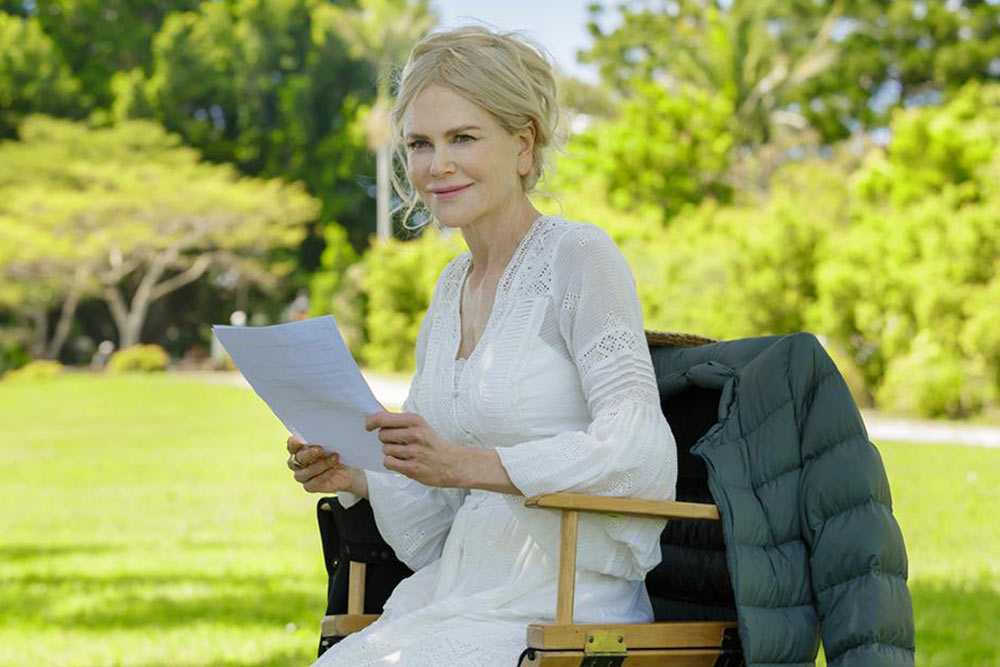 Nicole Kidman is arguably one of the best actresses that Hollywood has to offer. This Australian beauty has been in showbusiness for over 30 years, and during that time she has transformed herself into countless characters. She has proved that no role is too big or too challenging for her, and it seems as though she has her very own unique way of getting ready for any new acting project.

In fact, Nicole has recently confessed that she stayed in character for a whole five months in preparation for her upcoming television series Nine Perfect Strangers. This new show will be released on August 18, 2021, and has taken Nicole on a very interesting journey. And a journey that has bemused her family and friends as she has transformed herself into an enigmatic and cryptic cult and wellness leader.

It’s always exciting when a Hollywood legend works on a new project, and Nicole Kidman is in great company when it comes to Nine Perfect Strangers. For this role, she has worked alongside the likes of Melissa McCarthy, Manny Jacinto, Luke Evans, and more – but some would say that Nicole took her role as Masha one step further than the rest. After speaking at the Television Association Critics, it became clear that Nicole not only learned her lines for her role as Masha, but she also transformed herself into the character even when she wasn’t filming.

Nicole would continue speaking in the same accent and using the same mannerisms as her on-screen character when the cameras stopped rolling, and she would only answer to the name Masha outside of working hours. She also explained that “I wanted a very calm healing energy to emanate all the time. So I remember going over to people and sort of putting my hand on their heart, holding their hand, they would talk to me or use my name, Nicole, when I would completely ignore them.”

Although it must have been strange for those around her to only see Masha the wellness guru rather than Nicole the Hollywood legend, the actress maintains that this was the right decision for herself and the television show as a whole. She explained that this kind of method acting was the only way that she could make the character feel authentic and that it was “the only way [she] could actually relate to people.” Nicole also added that “I felt like otherwise I would be doing a performance and I didn’t want to feel that way.”

But Nine Perfect Strangers isn’t Nicole first foray into the world of method acting. It’s been a long-running technique of the actress, and one that she has used in various other roles over the years. In fact, she became at-one with her characters in shows and movies like Rabbit Hole and The Undoing – but this does often take a toll on her. While filming the latter Nicole noticed that “It kind of happened where I was suddenly in this place of…there was sort of a disquietedness to my personality, where I was uneasy and there was duress on who I was.” Despite this, her method acting always yields incredible results, so we can assume the same will happen with Nine Perfect Strangers.