Is This Mexico’s Version of Halloween?

Many of us have heard of the Mexican holiday called Day of the Dead or by its Spanish name, Dia de Los Muertos, which honors family members and ancestors that have already passed on. The celebration combines the ancient Aztec custom of celebrating ancestors on All Souls’ Day, a holiday the Spanish brought to Mexico before the 1500s. 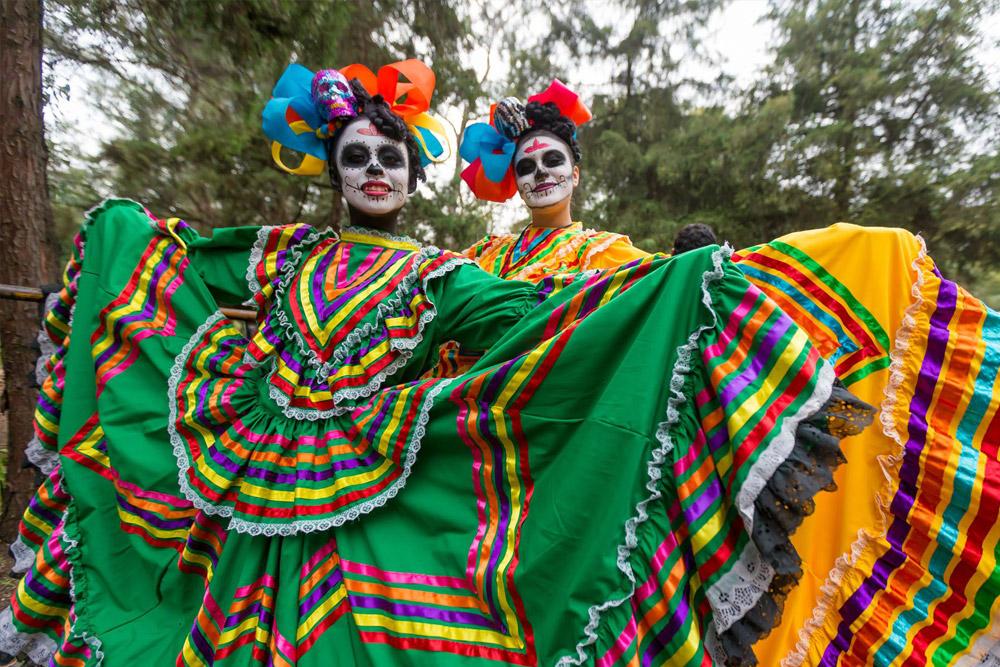 Dia De Los Muertos is celebrated mostly in Mexico and is somewhat of a family reunion except that the guests of honor are dead ancestors. Despite how this may sound the celebration isn’t dark or gloomy, but rather a colorful and festive celebration that honors the lives of those who have passed on.

The holiday is celebrated between October 31 to November 2nd every year and many Americans have come to associate the event with Halloween, which occurs around the same time. Despite their proximity, these holidays are actually quite different. For one, the Day of the Dead does not revolve around mischief or morbidity. 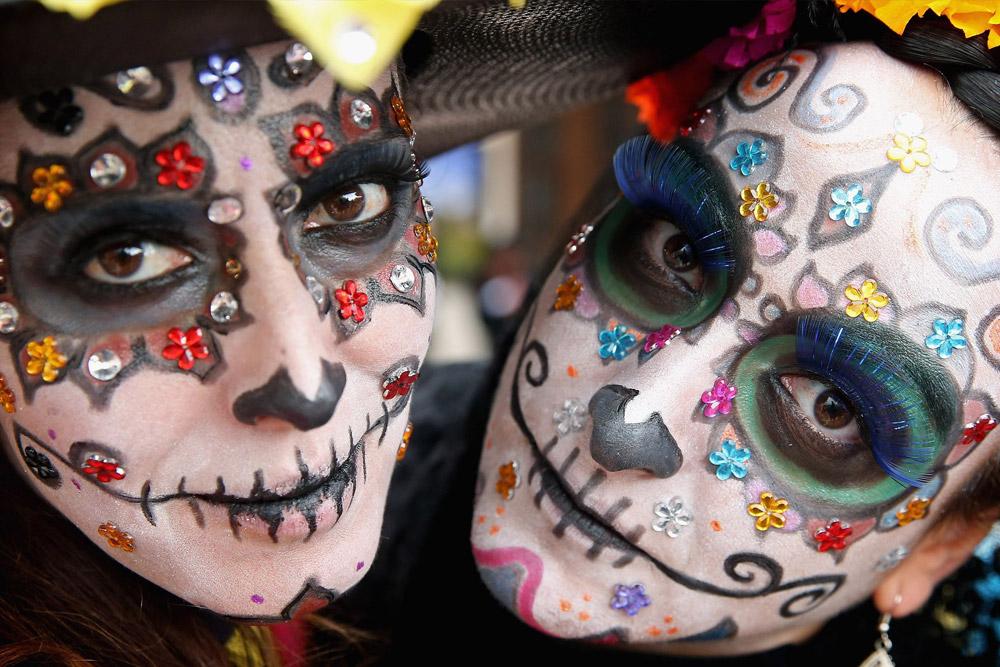 In prehistoric times, the dead were buried close to their family homes and there was great emphasis on maintaining ties with deceased ancestors. The belief behind the holiday is that the spirits return to the human world to be with their families for an entire day. It is believed babies and children who have died arrive on the 31st at midnight and adults come the following day.

The Aztec people viewed grief as disrespectful to the dead. They were a culture that would celebrate the spirits of those that passed on rather than morn the loss of their loved ones. The Aztec culture was one of the first to celebrate the Day of the Dead. 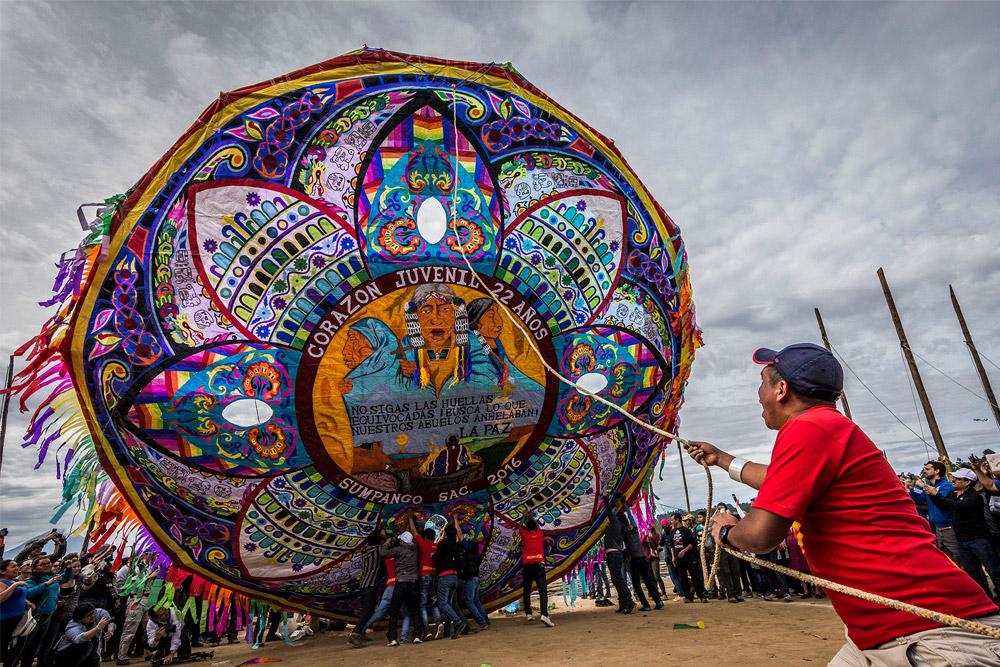 Although the families celebrate in private. The celebration can be witnessed throughout the country. There are many public displays throughout the holiday. Parades, flowers, costumes, and face painted family members fill the streets. Skeletons are a central theme of the event and plastic, clay and paper mache skulls are everywhere. It is also common to dress up and paint sugar skulls on your face.

Families make elaborately decorated altars in their homes to welcome the spirits. The altars are created to aid in the afterlife, which has always been a central theme of the holiday. The altars are filled with stylized skeletons, candles, food, and other offerings such as books or musical instruments. It is believed the spirits consume the essence and aromas of the foods offered. 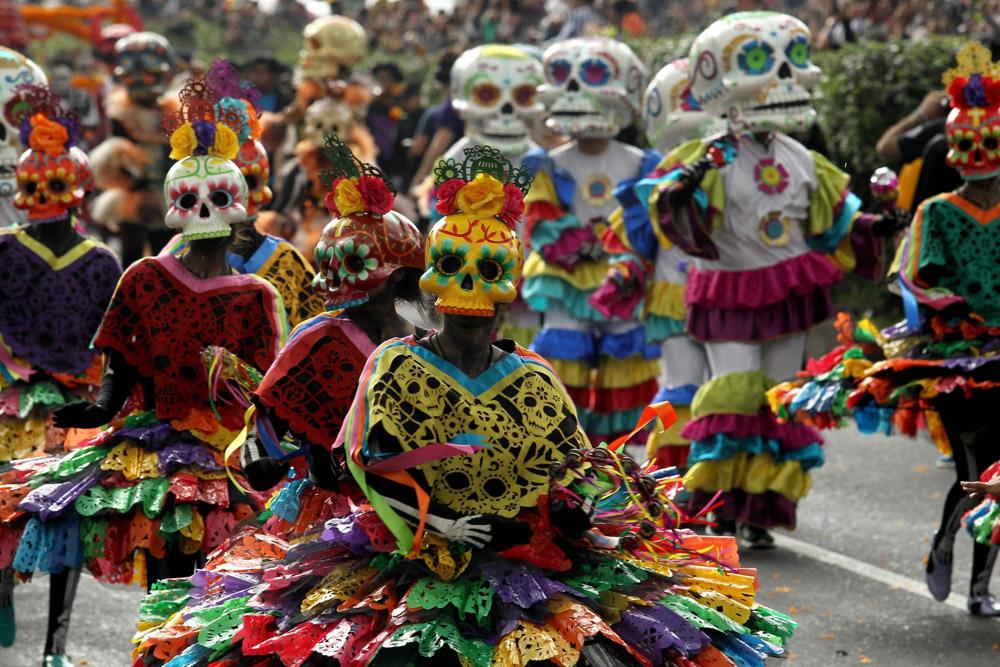 As a tradition during the holiday, Mexican families decorate graves together to honor the deceased. Families bring a huge feast to eat while they clean tombstones, sing songs, and talk to their ancestors. It is customary to spend the whole night celebrating in the cemetery. Families will often have a picnic dinner where they play music, talk and drink through the night.

The event has evolved over the centuries and remains one of Mexico’s most historically and culturally important events. Specific traditions and rituals vary from region to region. Festivities tend to be more colorful in the south of Mexico. The holiday is also acknowledged in areas with prominent Mexican populations in the US.