How the Inventor Re-entered the Spotlight

There’s a new viral legend who’s taken over the internet, and it’s probably not who anybody was expecting to see! No, he’s not a new YouTuber, and he’s certainly not a singer attempting to storm through the U.S. charts, but it’s the inventor of the pink lawn flamingo! Resurfaced news of the late-Donald Featherstone has given this man a place in all of our hearts, and we couldn’t be happier about it. 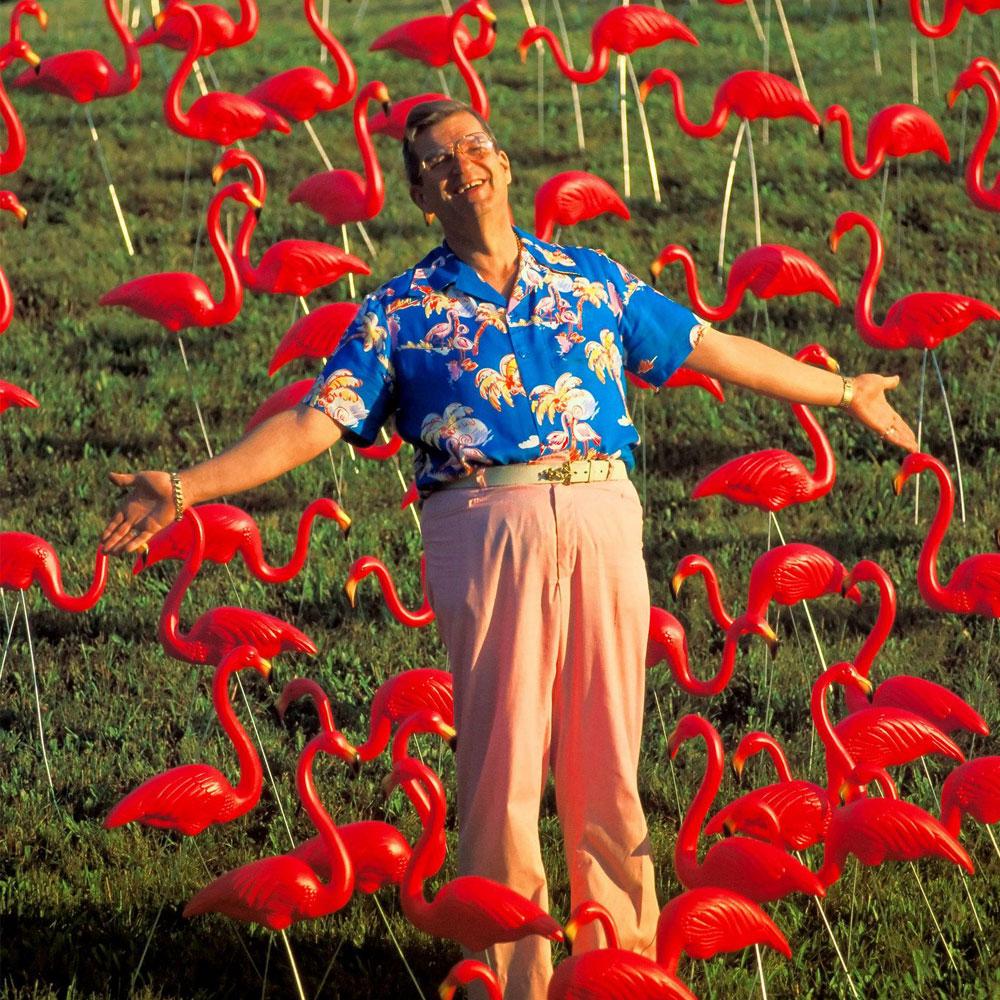 Back in the 1950s, Mr. Featherstone achieved fame after launching the pink, plastic flamingo; the perfect accessory for any backyard! In recent times, new photographs and information about this creative man have surfaced, and it looks like the inventor had a creative flair that nobody could deny. Popular Everything has all the details you need.

We owe a huge thanks to a fellow creative being for bringing Mr. Featherstone back into the public domain. Photographer and self-portrait artist, Sarah McGonagall, took to Twitter to express her love for the flamingo fanatic. On July 3rd, 2019, the tweet read: “I can only hope that one day I am able to live my life with as much purpose as Donald Featherstone, inventor of the plastic lawn flamingo.”

Included in Sarah’s tweet was a series of photographs detailing Donald the inventor in his prime: surrounded by multiple flocks of plastic pink birds! Quicker than you could even say the word “flamingo” Sarah’s tweet started getting recognition left, right and center. 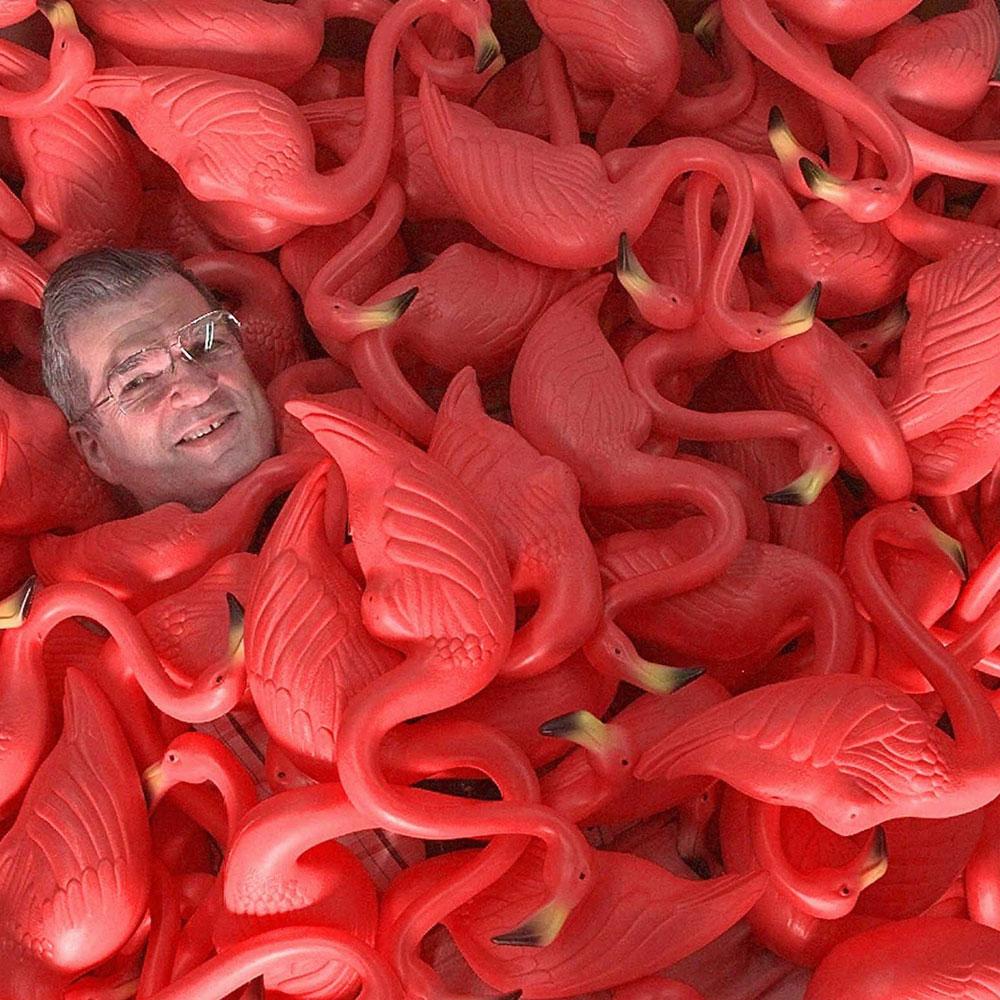 To get statistical about things, McGonagall’s tweet earned itself a whopping 56,000 likes, with almost 12,000 people retweeting the tribute to the famous inventor. It doesn’t end there, though. Twitter users have been quick to re-emphasize this love for the quirky inventor, and support his work by sharing images of their own plastic flamingoes featuring in their backyards.

For anyone interested, Donald Featherstone’s timeless plastic flamingoes are still available to purchase via online outlet stores, while knockoff products have featured in stores across the globe ever since Donald’s invention first came into being.

A Little About the Inventor Himself

You know everything there is to know about his decorative birds, but now let’s focus on the man himself! One thing we think is super important to note about Mr. Feathersone is that despite all of his success, the inventor liked to keep a very low profile, rarely disclosing to people that he was the inventor of the plastic flamingo. Talk about staying humble!

Keen to pursue a creative career early on, Featherstone graduated from Worcester Art Museum’s school. Straight after studying, Donald got himself a job manufacturing plastic lawn ornaments at Union Products in Massachusetts. It was here that the magic happened! 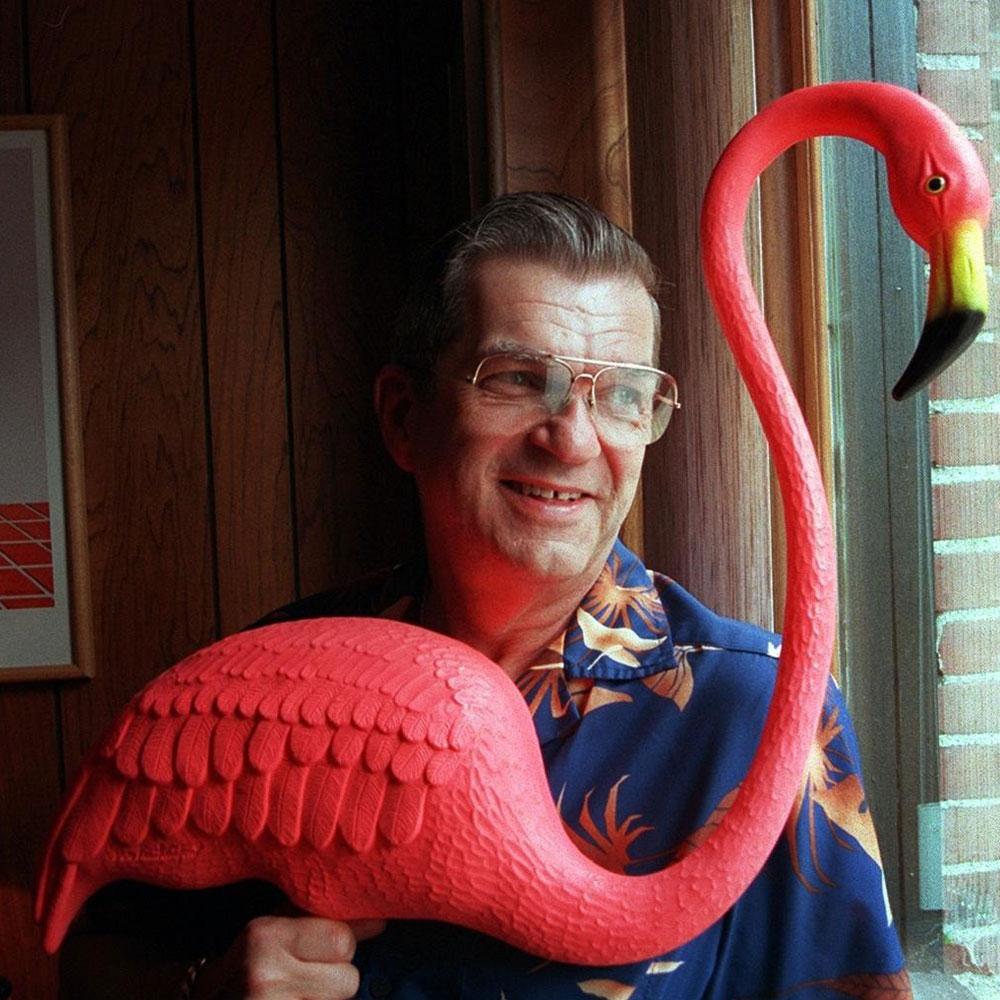 It wasn’t until Ronald was given his second task on the job that his adorable invention came into being. When asked to create his very own plastic flamingo, Mr. Featherstone worked hard consulting the photographs National Geographic outlets, before his master plan eventually came into being. The flamingo project was a go!

To pay tribute to this remarkable inventor, Ronald’s home was decorated with 57 plastic pink flamingoes to mark the year 1957 when his creation came into being in the first place. We love a little sentimentality! We hope to continue celebrating Featherstone’s kitschy legacy for many more years to come.